On Oct. 18, 2020, A U.S. Air Force C-17 Globemaster III aircraft experienced a nose gear malfunction that forced the aircrew to perform a nose gear up landing at Kandahar Airfield, Afghanistan.

The clip shows the giant cargo, belonging to the 446th/62d Airlift Wing from Joint Base Lewis-McChord, Washington, as it performs a normal touchdown on its MLG (Main Landing Gear) before lowering the nose.

Based on the photos included at the end of the clip, the damage seems to be rather limited.

In the case of the Oct. 19, 2020, crash landing, the footage clearly shows that the nose gear was apparently unable to lower forcing the pilots to perform what seems to be an almost perfect nose gear up landing. 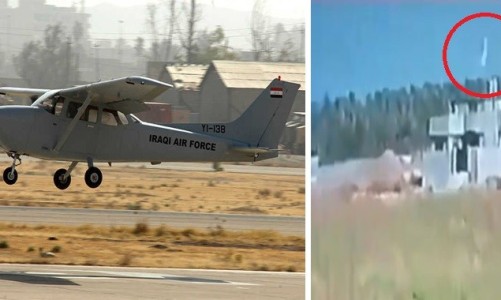