At least 22 Indian security personnel were killed and 30 injured in an ambush by Maoist rebels in the central Indian state of Chhattisgarh.

Security forces in Chhattisgarh had launched an operation along the Sukma-Bikapur border.

This led to an intense face-off with Maoist forces. Twenty-two jawans lost their lives while one soldier is still missing.

“We can confirm that 22 of Indian force members have been killed by Maoist fighters,” said a senior government official in Raipur, the capital of mineral-rich Chhattisgarh.

They were killed in firing that lasted for four hours in the border district of Sukma, 540km (340 miles) south of Raipur.

The death toll was the worst for Indian security forces battling the far-left guerrillas since 2017.

The Maoist rebels, inspired by Chinese revolutionary leader Mao Zedong, have been fighting the Indian government for more than 40 years, in a conflict that has killed tens of thousands of people.

More than 10,000 have been killed since the year 2000, according to data from the South Asia Terrorism Portal.

The rebels claim to defend the rights of indigenous tribes and other marginalised groups, while the government calls them India’s biggest internal security threat.

The Maoists, also known as Naxalites because their left-wing rebellion began in 1967 in the Naxalbari village of the eastern West Bengal state, have ambushed police, destroyed government offices and abducted officials.

They have also blown up train tracks, attacked prisons to free their comrades and stolen weapons from police and paramilitary warehouses to arm themselves. 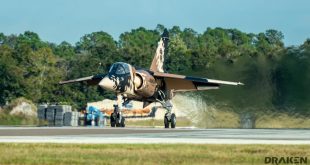