The Cessna of the Iraqi Air Force crashed as a result of a technical malfunction. Both crew members died in the crash.

A technical malfunction occurred in the Cessna Caravan which burned and crashed in Saiyd Mohammed area near the town of Balad, some 90 km north of Baghdad, the media office of the Joint Operations Command said in a statement.

The incident resulted in the killing of the pilot and his co-pilot, the statement said.

Here is the video of the crash

The security forces rushed to the scene and found the wreckage of the plane and retrieved the bodies of the crew members.

The aircraft, operating on a training flight, was called a “Cessna Caravan 172” in Iraqi media.

The air force operates both Cessna 172 and Cessna 208 Caravan aircraft. 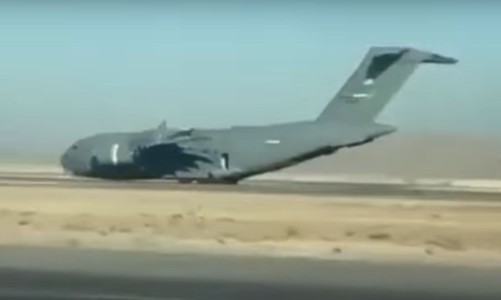