Smolensk air disaster: The Air Crash That Killed The President Of Poland

The Smolensk air disaster occurred 11 years ago on 10 April 2010, when a Tupolev Tu-154 aircraft of the Polish Air Force crashed near the Russian city of Smolensk, killing all 96 people on board.

The group was arriving from Warsaw to attend an event commemorating the 70th anniversary of the massacre, which took place not far from Smolensk. 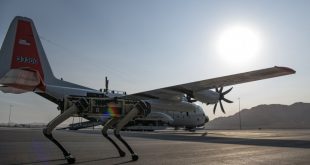